How do people behave under different political systems? And what kind of system should be introduced based on this? These questions prompted Prof. Hizen to study political systems from an economic approach. He is particularly interested in the form of political behavior which is most familiar to us - voting.

When voting rules are changed, the behavior of individual voters naturally changes as well. Using two methods, mathematical models and laboratory experiments, he has observed how changing the rules of voting in different ways can change voting behavior and results, and has shed light on the nature of diverse voting rules.

"In an election or referendum, there often appears a significant number of people who act strategically. One example of this is voting for an option which is more likely to be chosen if it seems to you that the option you like the best will only get a small number of votes, and that you voting for it will not affect the outcome. I aim to create a strong system which can't be shaken even if there are people who act strategically." 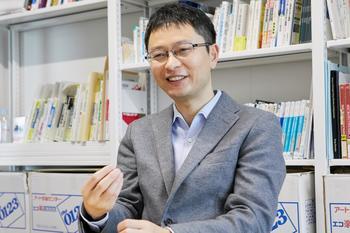 One of the themes that Prof. Hizen has been working on is the minimum voter turnout rate required in "yes or no" referendums. In other words, the rule states that the voting itself is rejected if a certain percentage of votes isn't reached. However, one of the problems with that rule is that imposing a minimum voter turnout rate could result in vote abstentions with the specific purpose of making the voting unsuccessful.

"Groups that are expected to lose can try to bring the voter turnout down and make the voting invalid by abstaining from voting, rather than increasing the voter turnout by voting and then losing. If only one group deliberately abstains from voting, even if the vote is successful, the ratio of "yes" votes and "no" votes doesn't match the ratio of voters for and against in the entire voter population, and imposing a minimum voter turnout might actually make it harder to grasp the general opinion."

The minimum voter turnout is usually considered to be 50%. Prof. Hizen used game theory as a theoretical framework to predict how the voting rate of voters for and against changes when we modify this standard and how that affects the voting results, and tested this with a laboratory experiment. As a result, the mathematical model showed that, when a minimum voter turnout was imposed, voters on the side which is expected to lose will strategically abstain from voting in an attempt to make the vote invalid. Laboratory experiments also confirmed this.

"I have come to the conclusion, from theory and experiment, that we should not impose a minimum voter turnout. If we do impose it, it should be lower than 50%, which is used in many votes, and should be sufficiently achievable. When the minimum voter turnout is high, it is unclear whether it can be reached, which leaves room for strategic abstentions, but when it's low, it is difficult to make it invalid in the first place, so strategic abstentions are unlikely to happen."

Thus, in order to prevent rules from being utilized for purposes different from their original intent, it is important to design rules based on a deep understanding of the psychology which leads to strategic behavior.

Prof. Hizen not only follows the methods of experimental economics, but also strives to give form to the optimal experimental methods for political science

In traditional voting laboratory experiments, a hypothetical voting is recreated in which participants are given the role of the voter, and the experimenter creates each participant's preference for a particular candidate using financial motivation. For example, if a participant was to receive a ¥100 increase of their experiment participation reward if candidate A was elected, the participant will want candidate A to be elected. In this way, it is widely accepted in the analysis of economic decision-making, such as market transactions, to design a laboratory experiment where participants are motivated with money, but is that also appropriate for political systems, where no transactions occur?

Rather than simply following the methods of experimental economics, Prof. Hizen has conducted his research in order to find the best experimental method for analyzing political systems and the decisions people make in those systems, and lead to the establishment of "experimental political science."

"Actual election outcomes are not money which we receive instantly, but something ambiguous and long-term that comes with the candidate working as a politician to realize their policies. Isn't there a problem in analyzing voting behavior if this is expressed in terms of money that is received immediately after the experiment? Also, the loss incurred by going to the polls in an actual election is time rather than money, but in laboratory experiments, your experiment participation reward is often set to be reduced by a certain amount if you choose to go to the polls, and we can't deny the possibility that participants may be more strongly motivated to abstain from voting than actual voters."

If the loss incurred by going to the polls can be expressed not in money but rather the value of time (the "opportunity cost") in a voting experiment, will the effect on participants' decision-making be different from that of financial cost? Prof. Hizen wanted to provide an answer to this fundamental question for "experimental political science."
Therefore, he tried to express that value by replacing the time spent on going to the polls by the "time for the participants to do the task." Specifically, he used a task in which participants have to move 48 sliders which appear on the computer screen (movable knobs which can be freely adjusted between 0 and 100 on the scale) one by one using the mouse to 50 on the scale, and set the experiment participation reward to change depending on how many sliders the participants were able to move successfully in 2 minutes. If you choose to go to the polls, you lose 30 seconds of time to work on the task. If your time to work on the task is reduced by 30 seconds, you lose 30 seconds worth of participation reward money which you can earn through the task. In other words, this reduction is the value of time lost by going to the polls.

In addition, he also created a financial cost in the form of needing to pay money to go to the polls and thus imposed two types of voting costs so that he could compare the scale of the effect time and money would have on the probability of voting.
After collecting and analyzing data from the experiments, he found that the loss of money was three times as effective in reducing the probability of voting as compared to time, even if their values were the same.

Prof. Hizen's doubts about bringing the traditional methods of experimental economics directly into political science have led him to conduct precise testing using his own methods while working on the design of the experiment. Through this research, he has taken a new step towards establishing "experimental political science." 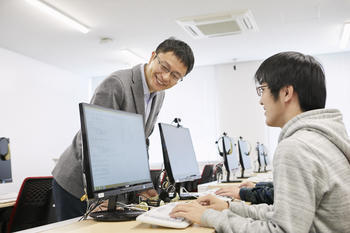 He created a stir concerning the long-debated "paradox of voting participation."

The results of this research by Prof. Hizen, which say that "the loss of money is three times more effective in reducing the probability of voting compared to time," have new implications for an important topic in political science.
That is the long-debated but still unexplained "paradox of voting participation." This paradox refers to the state in which, with an economic approach, we get theoretical results that the cost of voting outweighs the benefits gained (since the chances of your vote influencing the outcome are slim to none even if you go to the polls), but a large number of voters participate in the actual elections, and there is a conflict between theoretical predictions and reality.

"Regarding the paradox of voter participation, many researchers have focused on the 'high level of benefit', where the actual voters may be estimating the odds of their vote affecting the outcome much higher, even though they are objectively infinitesimally low. On the other hand, these results, which show that "many people don't care that much about the loss of time," focus on the 'low level of the cost' instead of the 'high level of benefit'. This enters an important topic which has been debated for many years with a fresh insight, and, I'm proud to say, gives a new suggestion for its solution."
The fact that going to the polls takes up time does not affect voting behavior as much as the theory says it does. This could become a guiding principle in finding what voters consider important in deciding whether to vote or not, and could also help us think about measures to increase voter turnout.

Prof. Hizen is attempting to explore the uncharted territory between the two fields of economics and political science. Political scientists, who focus on what goes on in the actual political arena, find it difficult to accept an economic approach, which abstracts the situations in which people and organizations find themselves using mathematical models. Prof. Hizen stands between the two and is boldly trying to connect them.

"Adding political elements to economics research has become commonplace in economics, but I am always thinking about how I can create something new by committing myself more deeply to political science."

Prof. Hizen is creating a new form of political economics which integrates economics and political science, with the aim of creating a society where we can construct a system which gives us results that are satisfactory to everyone. 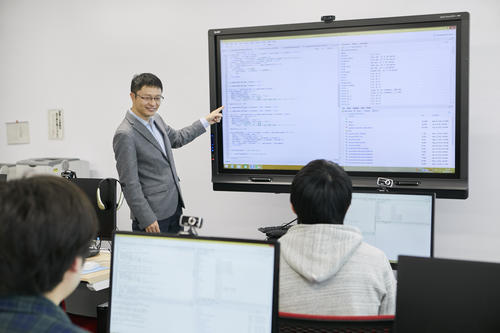